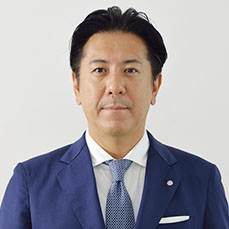 I would like to thank you all for attending Tokyo Game Show 2018, organized by our association.

The Computer Entertainment Supplier's Association (CESA) was founded in 1996 as an industry group mainly consists of console game publisher and developer. We mark the 22nd anniversary this year. Tokyo Game Show (TGS) was held to commemorate the founding of CESA in the first place. Marking 28th times, TGS has grown into one of the world’s preeminent consumer game events with regard to content and scale in delivering updates of the game industry across the world.

The theme of TGS 2018 is "Welcome to the Next Stage." Games continue to surprise and inspire people with new plays and new technologies. We wish to present video games in their latest forms through a variety of experience such as trial play at booths, live streaming and stage events. This theme is embedded with our high hope that Tokyo Game Show shall bring the opening of the next stages of video games. As represented by VR, games have achieved higher realistic feeling. We can play game anytime and anywhere. Widely spreading e-Sports sparks sensational lively feeling. TGS would deliver such new experiences to video game fans around the world in a new fashion.

The e-Sports stage went through a major overhaul to become e-Sports X (“cross”)” last year. Japan esports Union (JeSU) will take part in organizing the stage. By presenting heated battles in the international setting JeSU collaborate with TGS to support e-Sport players and teams to actively compete in Japan and around the world.

We will increase video streaming channels for Japan and elsewhere. In addition to niconico, Twitch, and Douyu, which have been the official channels of TGS already, we will have a major expansion of streaming platform for Japan and elsewhere, centered on e-Sports, and aim at the increased viewership on a global scale. The Indie Game Area is broadened as well so that independent game developers come together from every corner of the world at Tokyo Game Show to present their games. Over 600 companies and organizations have exhibited at the Tokyo Game Show every year since 2016. The number of visitors has always been more than 250,000 for five years in a row since 2013. TGS 2018 marks the record high numbers in exhibitor and of booth.

This success is primarily due to a collective effort and support by the Ministry of Economy, Trade and Industry (METI), members of the association, exhibitors and everyone else involved in making TGS a valuable place.

Acknowledging video games as culture, we host “Japan Game Awards” which honors excellent video game software. Several award ceremonies will be held over the three days, namely the Minister of Economy, Trade and Industry Award, granted to individuals who have contributed to our industry’s development, the Games of the Year Division which recognizes excellent titles of the last year, the Amateur Division for original titles created by people who wish to be video game creators, the U18 Division introduced this year to honor titles by the next generation creators of 18 years old and younger. Future Division recognizes the titles which makes make people anticipate the future release out of the unreleased titles exhibited at the booths on the Tokyo Game Show 2018 floor. We welcome you to participate in the award ceremonies that acknowledge winning games of the Japan Game Awards with their creators and producers. We hope you will experience the wonder and possibilities of entertainment.

We live in the age when the long–existed borders have vanished in regard to a variety of game platforms and the global business environment. We are proud that Tokyo Game Show, where all sorts of platforms gather, plays an ever more important role, not only as a global business hub, but also a place to experience the appeal and possibilities of entertainment.

As we are determined to contribute to the growth of the video game industry and the Japanese economy, we wish you all much success and welcome your continued support and guidance. Thank you. 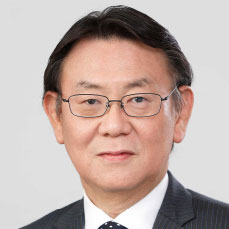 We, Nikkei Business Publications, are honored to be co-organizing the Tokyo Game Show this year again. We have participated as a co-organizer since 2002, marking our 17th year.

The theme of 2018 is “Welcome to the Next Stage.” We decided on a theme so that people will be reminded of e-Sports which has gained wider attention in Japan since TGS2017. A lineup of popular Japanese e-Sports games will be featured at the grand stage “e-Sports X” (“cross”) on the venue. Famous top players will fight the heated battles on the weekend.

A record 2,338 booths are built on the exhibition floor. All facilities at Makuhari Messe will be used—Exhibition Halls 1 to 11, the Event Hall, and the International Conference Hall. From the latest game titles to B2B solutions—everything will be present.

It is our hope that members of the game industry and users from around the world will experience new technologies, contents and trends while making wider and deeper networks as they attend TGS 2018.

In conclusion, we would like to extend our sincere gratitude to all parties and organizations who offered their valuable assistance in organizing TGS2018.